The 2013 edition of FUDCon LATAM is underway, the host Cusco, Peru has done a fantastic job organising the event. There had to be at least 500 people at the opening event. There was 65 talks proposed, with the barcamp voting being an interesting experience. Cusco the host city is beautiful, the part of the city where FUDCon is help is really old and well cared for. there is big old Churchs, open green spaces, and some great architecture.

<![CDATA[ <p>starting immediatly there is going to be a mass rebuild of rawhide for gcc-4.7 that landed yesterday.

as approved by FESCo packagers will have just over a week, until Thursday Jan 12 to build packages themselves. After that date releng will kick off an automated mass rebuild of everything else.

So please get building as Fedora 17 branching is less than 5 weeks away. we need all built by then

<![CDATA[ <p>I got a smartbook from genesi a couple of weeks back. after about a week it accidently fell out of my bag. i had it sitting in an open pocket and when i adjusted my bag it fell, i was sad and contacted Genesi to see about buying a replacement case as all the plastic around the power switch broke off. they said that they had no replacement cases but offered to replace the system. Which absolutely floored me.

The device itself runs fedora pretty well. ive been running fedora 13 beta for arm on it with XFCE. ive been very impressed. and i get ~6-7hrs battery. wireless works. i was just running from a sd card but once the replacement is here ill be putting it on the on board 16gb storage. its very exciting times in fedora and arm land. there is still work to be done on alot fo different issues, but exciting times

Once I sort out the issues, im planning to post a couple fo files that will let you get quickly started on running fedora xfce on a smartbook

<![CDATA[ <p> so the mass rebuild is 24 hours in we have completed ~45% of the builds and are at 365 packages failed to build the total number of builds in the mass rebuild is 10404 we are churning along nicely. i expect to complete the first pass sometime in the next 24 hours. so far i think its going pretty well

some web pages to look at unbuilt packages and Failed builds these 2 pages are updated ~ every 10 minutes. Please drop into #fedora-devel on freenode if you have any questions.

<![CDATA[ <p> Last week i got a witstech a81e tablet. It came installed with android 2.2. most of the documentation for it seems to be tied up in about half a dozen different forums. I really dislike forums so im not entirely happy about that but oh well. There is a project to get regular linux running on the device. http://code.google.com/p/a81linux ill have to keep tabs on how they go. my ultimate hope is to get fedora up and running with XFCE.

It has 256MB ram and 256MB nand flash so ill be running fedora off of a microsd card. It has GPS bluetooth. But no camera or microphone, a tablet version of android would be useful for it since the phone stuff is just kinda weird. it has a resistive 7″ touch screen that does 800×480 pixels. the android os it ships with is very buggy. battery meter doesnt work. wifi goes wonky, with wpa_supplicant hogging cpu then causing oom kills of random things, usually the whole gui. Media playback is ok, i have yet to work out how to use hardware assisted playback. its first life is to be an entertainment device for my daughter when we travel.

creating a sdcard that i could use for flashing etc has been a fun exercise that ill document in a blog post soon. it applies to the beagleboard as well and probably some other arm boards out there.

<![CDATA[ <p> I’ve submitted a miniconf for LCA to be run as a FAD in the vein of a mini FUDCon type event
Wiki Page for signing up and being invollved
As I list in the wiki the goals are

All in the vain of a mini FUDCon. With the ultimate goal of having a full fledged FUDcon in .au

To pull this off first the LCA organisers need to accept the miniconf and I would need funding for travel, as well as media, pens , maybe some other swag.

<![CDATA[ <p>Day 1 of the exhibition floor of FISL had us very busy at first giving out lots of media. we quickly changed tactics to make sure we had enough to get us through the 3 days, plan 1 was to not just give them out but to engage folks, and give them out then, We also had pens and stickers. Part of our engaging people was to give some quick 30 minutes of so presentations on Fedora Topics.

Toshio gave a talk on the process of joining fedora as a packager. he gave it in English and had a person translating it. to me it felt a little choppy. As a result I decided i had to give mine in Portugese. I sat down with new Fedora packager Rafael Aquini and we translated my slides from english to Portugese. the result can be found Here It was certainly not easy to give a talk in a language i do not speak, but it seemed to go over well. Toshios talk was on Thursday mine on Friday. they were just in the booth. I need to send a massive Shout out to Marillia from Red Hat Brasil who did an amazing job on the booth design. We Spent alot of our time trying to talk with folks and doing whatever we could to help.

Overall FISL went well, We Had fun, Made some freinds, and it was reinforced how big a deal Langauge is I dont know about Africa. but at least in south and Central America there is very little English, and it seems to be the same in Asia. A big take away for me is finding ways to lower the language Barrier. how can we communicate and engage folks who do not know English or even people who only understand a small amount of it.

I’ll have a wrap up soon of my trip to South America.

<![CDATA[ <p>Following on from FUDCon in Chile, Toshio and I flew to Porto Alegre for FISL 11, this is my 3rd time in Brasil for FISL. the conference is a big thing here. and it continually reinforces to me the need to have documents and support in languages other than English. So many people in South and Central America do not speak a language other than Spanish or Portugese.

Toshio and I arrived in Brasil Monday afternoon. Leo, Marcello and Douglas were kind enough to pick us up from the airport and take us to the hotel. We checked in and parted way with the guys, Toshio and I went and found some Brasilian cheeseburgers, and washed them down with 2 litres of guarana (yummy softdrink), Tuesday We met up with Leo for lunch at the buffet, and walked around the down town area of Porto Alegre. there is a nice mixture of old buildings and newer ones, We explored a local market lots of fresh fruit and veggies, as well as meat and fish. We headed back to the hotel to meet up with Wolnei and Lenno who were flying in. they were delayed a few hours so i tired to catch up on email.

When the boys got in we went and got some pizza for dinner, along with more guarana. followed by a early night

Wednesday We meet up in the hotel, and made our way to the university. We found an amazing half completed booth.

Day 2 of fudcon Santiago, I gave a second talk on Joining Fedora infrastructure. I went over the things that fedora infrastucture does and the services it offers to the community. I tried to stree the importance of paitence, being a self starter and picking one thing to start with. My slides can be found Here Please feel free to let me know if there are places for improvement or things you think I got wrong.

Chile is a very intersting place its a mixture of very old and very new. I like old building architecture and its nice to see that some of it has been preserved here. while some of it has been pulled down for new buildings to go up. Thanks to gotencool for taking lots of photos and posting them. He has the same camera as I do. 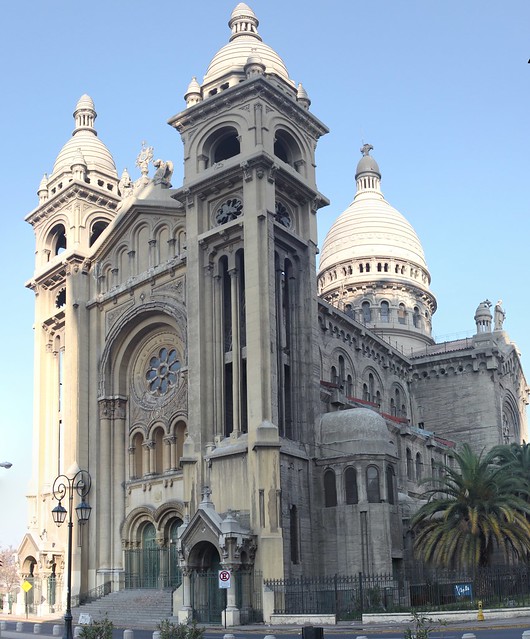 The people here are very welcoming and freindly. I wish i had learnt more Spanish before coming here, I am doing much better with the language than I did when first going to FISL 3 years ago. Ill see how i go with Portuegese next week. Toshio and Jared get to wrap up FUDCon at the end of day 3.

What do you do when you get a new FPL?

For those under a rock, we have a new FPL, his name is Jared Smith, Toshio and I flew down to FUDCon Santiago Jared who became a Red Hat employee on monday came down also. Due to the lovely airlines We all ended up with cancelled flights. Jared happened to get an extra delay and got in a little late today. FUDCon waited for him. He came in and rocked the opening speach in Spanish.

Following on from Jared i gave a talk on intro to rpm packaging. based very heavily on spots excellent talk on the same subject. It was well recieved, and was followed up with some excellent questions. Day 1 while off to a slow start finished well. now to make sure we get to dinner before 11pm tonight.

Toshio, Jared and I are all going FISL in Porto Alegre, Brasil after FUDCon, we should have lots of things to report on. and lots to learn as we go. Now that Jared is a Red Hat employee i have to find someone else at digium to bug about getting the kernel modules for their hardware upstream.